The troupe of Klown Doctors has increased to reach 26 in November 2015 after an initial training programme in artistic skills and basic hospital clowning competences for the new recruits. The programme was led by Ms Laurence Quetel, a seasoned clown trainer and herself a hospital clown working with the Cliniclowns in The Netherlands and Belgium.

The next step in the continuous improvement of our services is a live in seminar on 23-24 April 2016, when we will focus on Clown Logic, Working in diads / triads and develop short sketches to become ever more proficient as  Klown Doctors.

There will be concurrent sessions with 2 trainers, Ms Laurence Quetel and Mr Sean Buhagiar, because our troupe has grown too big (26 Klowns) to train properly as one group.

Both programmes of November 2015 and April 2016 are to a great extent made possible by funds of the Malta Community Chest Fund.

A programme to enhance the hospital clown skills of the Klown Doctors who visit hospitalised children in Mater Dei every week, was successfully concluded.

The programme started in March 2015 with a live in training session spanning over 2 days (Saturday 7 and Sunday 8 March) and was followed by Peer session meetings to integrate the newly acquired competences in their regular visits. The programme was funded by the Small Initiatives Support from the Malta Council for the Voluntary Sector.

Klown Doctors discovered during their latest seminar that there’s quite a difference between Klown Logic and Common Sense!

20 Marathons in 20 consecutive days for 20 beds was the challenge that Chris Mamo took upon himself and successfully brought to an end under enthusiastic applause by the Klown Doctors on April 7.

This was a joint project between the Dr Klown team and Chris Mamo, who was supported by Jonathan Azzopardi (Springbox Media) for the marketing of this campaign and friends and family for support and logistics. Where needed – and towards the end of the challenge this meant every day! – the staff of MDH Physiotherapy Department helped Chris get ready to endure another day of pain.

Chris was encouraged every day by volunteers of Dr Klown at start and finish and was regularly accompanied by other runners for part of the route, especially by the Lady Runners Club.

The goal of providing 20 beds for the parents who need to stay overnight in the room of their child in hospital has been achieved! Even better: Dr Klown and Chris are now figuring out how best to invest the extra donations received in line with the original goal of beds for parents of hospitalised children.

The sequel to the successful book Common Sense, written by dott. Edward Curmi, was launched by H.E. the President Marie-Louise Coleiro Preca at the Palace in Valletta on April 6.

During the ceremony, Dr Anthony Grech compared common sense with scientific research and highlighted the differences and similarities between  both.

Ms Francesca Balzan pointed out the value added by illustrations to the message of a book and particularly the intelligence and beauty of the works by artist Marisa Attard that illustrate More Common Sense, which were exhibited in the Palace Dining Room for the evening.

Her Excellency drew attention to the need for common sense in society, especially in these confusing times. She also praised the NGO Dr Klown for it’s relentless endeavour to relieve pain and suffering of hospitalised children and their parents.

The proceeds of Dott. Curmi’s book as well as of the sale of the framed illustrations by Marisa Attard are in support of Dr Klown NGO.

The book is available at all Agenda outlets.

The illustrations / paintings of Marisa Attard are for sale through the artist. Contact Marisa for viewing on marisaatt@gmail.com. 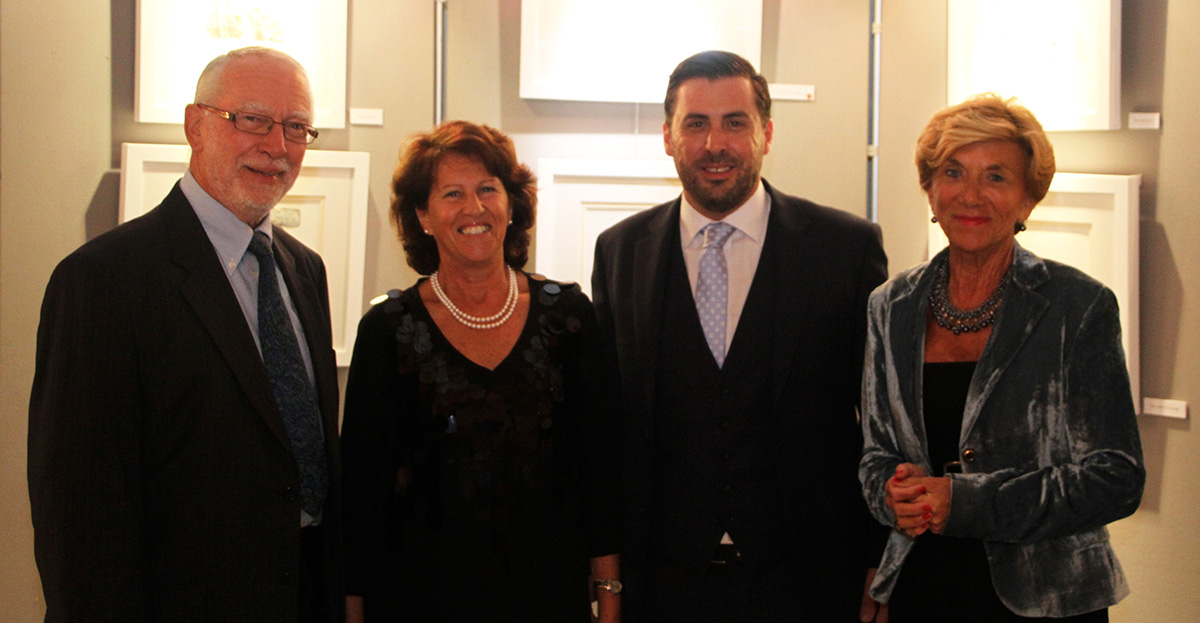 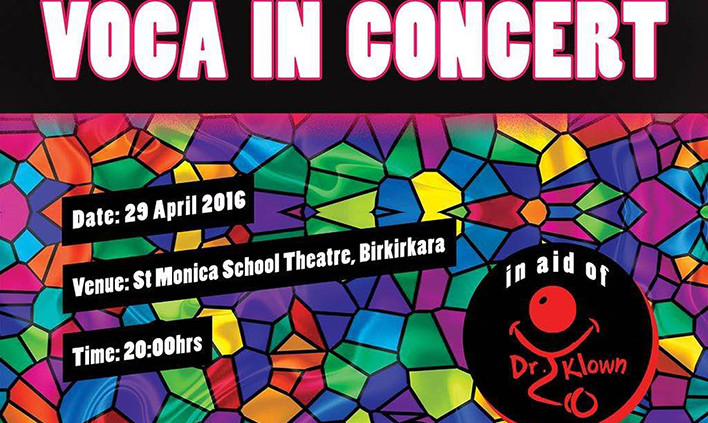 Voca Choir is a group of fun-loving, professionally-minded singers and musicians, who share a love for song. Since its inception, Voca Choir have made it their primary mission to not be just any “choir”, but a choir with a difference. Today, Voca Choir’s repertoire ranges from spiritual and worship music, to folk, musicals and also contemporary pop, although Voca Choir’s distinguishing forte is Gospel music.

This makes them one of the top Maltese Gospel Choirs performing both locally and overseas. This year, Voca Choir have joined forces with MSV Life to organise a funpacked musical concert on Friday 29th April 2016, at Santa Monica School Theatre, Fleur-de-lys, B’Kara in aid of Dr Klown. Voca Choir will be performing a mix of musical styles from its vast repertoire, namely pop songs and gospel music as well as some classical pieces – including covers from Prince of Egypt, Celine Dion, Cold play and many more. Join us for this musical evening by booking tickets on www.ooii.com.mt 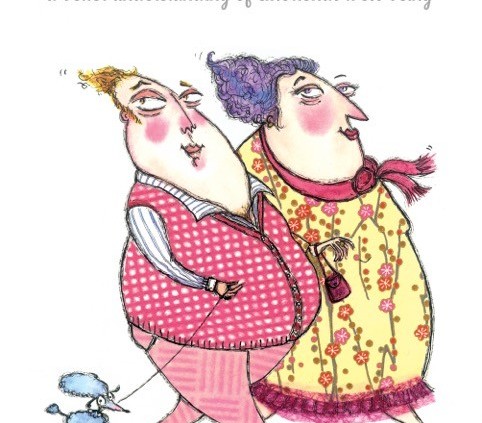 The second book of Dott. Edward Curmi, entitled MORE COMMON SENSE, will be launched at San Anton Palace the 6th of April by H.E. the President. The book’s illustrations are by Ms Marisa Attard and these will be exhibited during the book launch. All proceeds of the book and a major part of the sales of the framed original illustrations will go towards the NGO Dr Klown, thanks to the generosity of both the author and the artist.
The book, containing lots of practical psychological advice, will be for sale at all Agenda Bookshops and directly from Dr Klown at info@drklown.org.
https://drklown.org/wp-content/uploads/2016/03/Book-More-Common-Sense-front-cover-_02.jpg 681 482 m7alpha https://drklown.org/wp-content/uploads/2015/12/logo_web.png m7alpha2016-03-12 08:52:262016-03-12 08:53:24More Common Sense

It was last summer whilst out running with a family member, that I knew I wanted to make a positive change somehow. It felt right to give back by doing something I had always done even as a child, run. Since I made the decision that day, many things have changed. Do I run a distance, do I come up with a new challenge, or would I take on an existing event? Eventually, I decided to run a number of full marathons, 42.195km. How many had yet to be decided. What I did know was, that it would be for a local cause, and that it would benefit children in some way.

I’m a 33-year-old Anglo-Maltese personal trainer who previously served 12 years with Her Majesty’s British Forces. I have always kept fit and healthy to some degree and pride myself in helping others realize their potential health and fitness goals. I have been living in Malta for four years now. I am engaged to the love of my life Natassja, and a stepfather to my precious princess Megan.

The search was on for a charity I felt would benefit from my event. It didn’t take long before I found DrKlown. I new very little about the NGO until I met Maurice and Christine, the president and vice president of DrKlown here in Malta. The more I learnt about the fantastic work they and the clowns did in the pediatric wards of Mater Dei Hospital, the clearer it became that this was an organization I wanted to do something for, as through them I could make a difference.
We immediately understood that our goal was similar, we both wanted to help children and bring happiness even in the most difficult of times. After visiting the pediatric wards, which was my first time, I was astonished at the staff’s level of professionalism, dedication, and courage that went into the daily running of the wards. After talking with the staff, we asked if they needed anything we could help with, or whether there was something that could be improved in the wards to make their lives easier. I found that the response we got was particularly selfless and kind, that is, to ask not for themselves but for the parents of the hospitalized children. They wanted to help the parents by giving them better sleeping conditions when they had to sleep at the hospital.

Having one of your children hospitalized for a length of time is hard enough for any parent, but adding restless nights does make the situation even more difficult than it already is! It was clear that parents spending the night, a week, or a few months with their hospitalized child would benefit from wall-mounted pull-down beds.

This has to be a place where they could get proper rest, giving them time to recharge and have the strength to face whatever the next day might bring. This in turn would give the children what they need from their parent; hope and courage to deal with whatever situation they were in.

We calculated that between the three pediatric wards we would need a total of 20 beds. In that way, all single rooms would get their own bed.

From that point on my task became clear. I would be running 20 Marathons for 20 beds.

Everyone said it was crazy to run 20 consecutive marathons. I think it’s crazy not to help someone when you truly believe you can.

Moreover, I have a strong belief that we are all capable of giving back to the community in some way. This could be a small gesture of kindness to a neighbour or friend, a decision to impact the people around us in a positive way, or making a choice to be the best version of ourselves we can be.

When this challenge succeeds, I hope it will encourage people to realize that no matter where we come from, what chain of events led to this point in our lives, or even how we think we are perceived by others, not only can we change our lives for the better but we also have the ability to change the lives of others!

In an age of uncertainty, and perhaps sometimes negativity at every turn, I’m just a guy that wants to make a positive change in my own way. With your help, I know this change is possible. With your help, we know we can achieve this goal and make a difference. You can do your part by donating, and helping us spread the message.